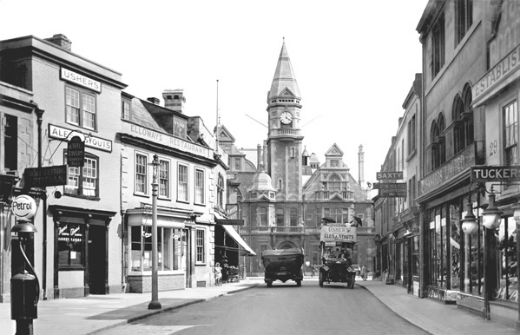 Trowbridge is the County Town of Wiltshire, and situated on the Biss in the west of the county, 8 miles (13 km) south east of the city of Bath and Somerset, from which it is separated by the Mendip Hills, which rise 3 miles (4.8 km) to the west.

Bradford On Avon and Longleat Estate are also close by. The railway station is on the Wessex Main Line. Trowbridge has long been a market town and the Kennet & Avon Canal runs to the north of town and played an instrumental part in the town's development as it enabled coal to be transported from the Somerset Coalfield and so marked the advent of steam-powered manufacturing in woollen cloth mills.

The town was foremost producer of this mainstay of contemporary clothing and blankets in south west England in the late 18th and early 19th centuries by which time it held the nickname "The Manchester of the West".

Junction 18 of the M4 is about 18 miles (29 km) and the same distance from junction 17 (Chippenham). The A361 runs through the town connecting it to Swindon to the north-east and Barnstaple to the south-west, while the north-south A350 primary route to Poole runs close to the town.

The nearest airport is Bristol Airport which is 30 miles (48 km) west.

The town has a wide range of sports clubs and leisure facilities. Trowbridge Sports Forum is a partnership between Trowbridge Town Council, Wiltshire Council and our local sports clubs. The aim of the forum is to provide greater opportunities for our local community in sports and leisure activities.

Since opening in October 2013, Odeon General Manager Nick Price and his team have been welcoming film fans from Trowbridge and further afield. The Odeon brings the best of the latest cinema offerings to Trowbridge, from blockbusters to films for the whole family, as well as alternative content screenings, such as live feeds of productions from the National Theatre and the Royal Opera House. 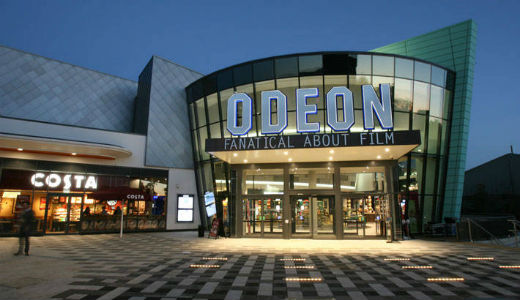 This fantastic development is home to seven fully digital and 3D-capable screens, together with a range of refreshment facilities including a bar and Costa Coffee shop.

Trowbridge Town Centre provides a range of shops and other businesses for all your everyday needs. Always recognised as a traditional market town (its market charter having been granted in 1200), a weekly market is held in Fore Street every Wednesday, and a farmers’ market every second and last Friday of every month. A daily covered market is also to be found in Castle Place. Supermarkets include Tesco, Sainsbury's, ASDA, ALDI and LIDL.

View all properties for sale

View all properties to let

"I have been delighted to work with you. Not only has DK Residential been prompt and reactive, but also gentle approach make us confident. I have no doubt that your social and professional skills were essential in the process for both parties (sellers and buyers). The fact of being a local agency with strong 'trowbridgian' contacts and a perfect knowledge of the market helped us to make good choices. Thanks for your help!"